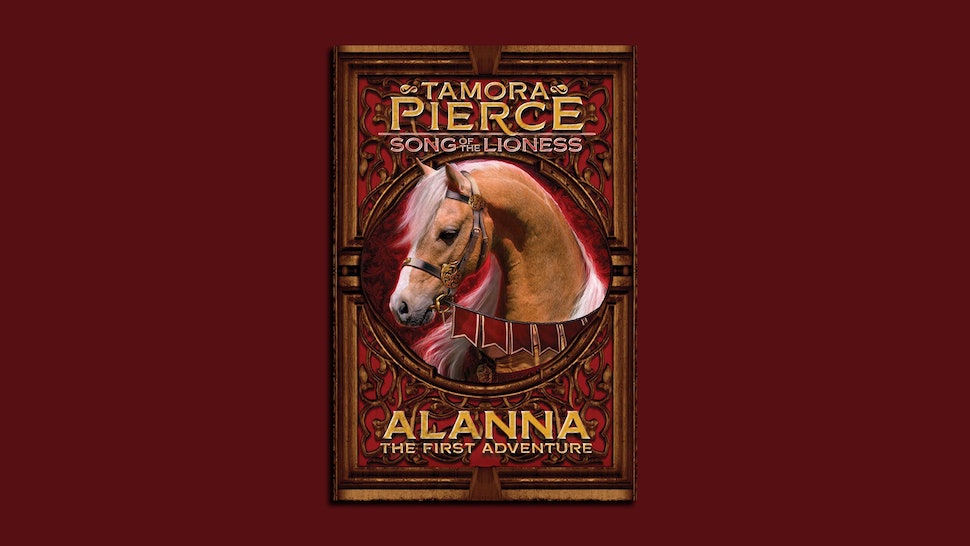 If you love the Arya and Sansa storylines in Game Of Thrones, have I got some good news for you: On Friday, Deadline announced that a TV show based on Tamora Pierce’s Tortall Universe is coming soon. The news comes nearly five years after Pierce told The Mary Sue that her novels would likely never be brought to the screen, much to fans’ disappointment. Stories from the Tortall Universe have largely focused on young heroines defying gender-based expectations, and thus have been incredibly influential to generations of writers and readers alike.

The first peek readers got at the Tortall Universe came in 1983, when Tamora Pierce published Alanna: The First Adventure. The story of a young girl who disguises herself as a boy in order to become a knight, Alanna kicked off the Song of the Lioness, a four-book series that was completed with Lioness Rampant in 1988.

Pierce wasn’t done with Tortall after that, however. She went on to write five more series of three and four books each, the most recent of which, Tempests and Slaughter, landed on shelves in 2018. In addition to main-series titles, Pierce has published two other books set in the Tortall Universe: Tortall and Other Lands: A Collection of Tales and Tortall: A Spy’s Guide.

Two production companies optioned the rights to all 22 books set in Pierce’s created world, and I’ve picked out the six you should read first below. There’s no word yet on which books, exactly, the Tortall Universe TV show will cover, however. I’ve got the lowdown on the six opening books to the various Tortall series below, listed in in-universe chronological order, so you can pick a place to begin with Tamora Pierce’s fantasy world.

Told through its heroine’s journal entries, Terrier introduces readers to Beka, the 16-year-old, adopted daughter of the Lord Provost, who is in training to become a member of the elite police force known as the Provost’s Dogs.

The Song of the Lioness: Alanna: The First Adventure

Twins Alanna and Thom have destinies they do not wish to fulfill. She’s a rough-and-tumble adventurer bound for a convent, and he’s a studious magician intended for knighthood. In order to fulfill their dreams, the twins must pull off an elaborate ruse, in which Alanna disguises herself as Alan, and takes Thom’s place in knightly training.

The Numair Chronicles: Tempests and Slaughter

The most recent book set in the Tortall Universe, Tempests and Slaughter centers on Arram, a student of magic, and his friends: the talented Varice and ambitious Ozorne. Harnessing his magical abilities and studying at the Imperial University of Carthak has been easy, but Arram will soon learn that growing up may mean choosing sides — and making enemies.

Horse girls will want to pick up Wild Magic. The first installment in the Immortals series, this novel tells the story of Daine, a Tortall-bound horse driver who discovers that she has the ability to effortlessly command all sorts of animals.

Protector of the Small: First Test

Following in Alanna’s footsteps, Keladry is another girl of Tortall who wants to become a knight. The first young woman to openly train for knighthood, she meets a lot of resistance, particularly from Lord Wyldon — a master who opposes girls’ admittance to his training program.

Daughter of the Lioness: Trickster’s Choice

Trickster’s Choice follows Alanna’s daughter, Alianne, who prefers espionage to heroism. After being kidnapped and enslaved in a far-off land, Alianne must muster all of her observation skills if she ever wants to see home again.