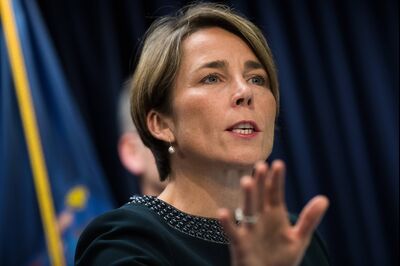 The Public Service Loan Forgiveness program pledges to erase unpaid student debt after 10 years of payments. Enacted in 2007, it was meant to encourage college graduates to pursue critical though low-paying public interest careers such as public defender, teacher, or social worker. About two-thirds of the 612,000 participants took out more than $50,000 to pay for college or graduate school, according to federal data. Two-thirds of participants ended up taking jobs paying less than $50,000 a year.

FedLoan is the largest handler of Education Department-owned loans, counseling millions of borrowers who collectively owe $303 billion, about one-third of all federal student debt not in default. The loan forgiveness program, a part of that portfolio, is supposed to be simple: After borrowing directly from the Education Department, participating student debtors make 120 on-time payments tied to their annual income. Whatever is left over is forgiven, tax-free.

But in practice, the program has been a disaster, according to the lawsuit filed by Massachusetts Attorney General Maura Healey. Because of FedLoan’s mismanagement, she said participants may spend additional years paying loans that should have been forgiven. New York Attorney General Eric Schneiderman also is investigating FedLoan, his spokeswoman Amy Spitalnick said.

Keith New, a spokesman for FedLoan, said the company has been cooperating with Healey since early 2016, but rejects the allegations and denies any wrongdoing.

Since Donald Trump became U.S. president, many states have sought to take the place of federal regulators they view as beholden to colleges and loan companies. Education Secretary Betsy DeVos has rolled back Obama-era efforts to require loan firms to help student debtors manage or discharge their loans; reversed another provision that limited loan companies from charging certain fees; and delayed rules meant to deter college misconduct and cut off federal money to schools that bury students under unaffordable debt.

The new lawsuit is the latest effort by states to fill what they consider to be an enforcement gap. In April, the American Federation of Teachers urged state attorneys general to sue student loan companies believed to be violating the rights of borrowers, including those enrolled in the Public Service Loan Forgiveness program.

The federal government designated FedLoan the lone contractor in charge of the public service program. According to the lawsuit, FedLoan often fails to properly process borrower paperwork, delaying their access to the program by placing them in forbearance, thus depriving them of months or years of payments qualifying toward forgiveness. The mistakes drive up borrower costs and force them to remain in debt for longer than they should, Healey alleged, imperiling their ability to secure future credit. Tens of thousands of other borrowers have been mistakenly overcharged, but FedLoan refuses to provide refunds, according to the complaint.

“This company’s actions have jeopardized the financial futures of teachers and public servants across the country,” Healey said. She alleged the company violated state and federal laws banning unfair or deceptive practices. New, the FedLoan spokesman, suggested the company is constrained by Education Department rules and its contract with the federal government.

The lawsuit comes as the Trump administration asks the Republican-controlled Congress to end the loan forgiveness program, arguing that it’s too costly. Meanwhile, the Consumer Financial Protection Bureau has urged the Education Department to clean up what the bureau says are systemic problems afflicting the loan program.

Borrowers often complain of lost documents and processing delays similar to those alleged by Healey. A recent consumer bureau report, based on borrower complaints, found that FedLoan debtors are twice as likely than others to claim their income-based plans have been mishandled by the company.