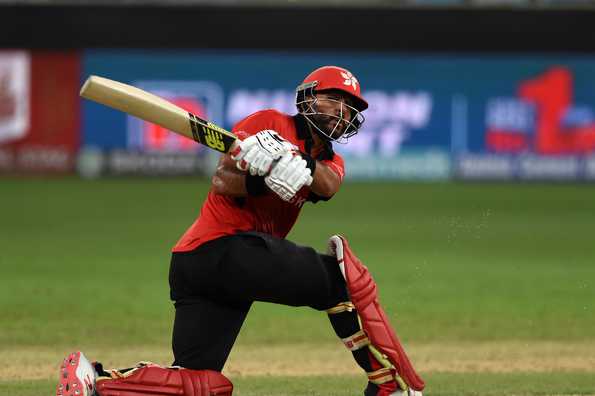 Rath hopes to forge a career in first-class cricket in India. © Getty

Hong Kong captain Anshuman Rath has made himself unavailable for the city of his birth ahead of next month’s T20 World Cup Qualifier in Dubai, declaring his intention to pursue ambitions in India, hoping to forge a career in first-class cricket.

The 21-year-old left-handed opening bat was born in Hong Kong but holds Indian nationality through his parents, who migrated from Odisha in 1994. Rath has represented Hong Kong through age-group level and made his debut for the senior team at the age of just 15, and at just 21 is already regarded as one of the most gifted batsmen in Associates cricket.

Averaging over 50 in ODIs, Rath was the lead scorer in the 2015-2017 World Cricket League Championship, where Hong Kong mounted a strong campaign, remaining in contention for the title and a place in the coming CWC ODI Super League until the final round, before narrowly missing out to the Netherlands. After taking over the captaincy from Babar Hayat ahead of the 2018 Asia Cup Qualifier, Rath led Hong Kong to victory in the tournament before grabbing global headlines at the Asia Cup itself, scoring 73 in a 174-run opening stand with Nizakat Khan in their group match against India as Hong Kong threatened to stage a remarkable upset over the eventual champions.

Hong Kong’s results since have been disappointing, finishing bottom of the pile at the final World Cricket League Division 2 in Namibia earlier this year, despite Rath again topping the run tables at the tournament, resulting in the loss of ODI status and relegation to the CWC Challenge Leagues, the third tier of international 50-over competition.

Rath cited the reduction of the World Cup to ten teams and the effective abolition of the Intercontinental Cup – the ICC’s four-day competition for Associate members – as factors in his decision. “With a 10-team World Cup and the first-class Intercontinental Cup being more or less cancelled, my skillset and future as a cricketer really does depend on me being able to find chances that best fit my style of play, which I have been working very hard on to suit all formats. This decision allows me my best chance to make the sport I love a long-term career option” Rath told Emerging Cricket.

Rath had previously hoped to forge a career in county cricket with Middlesex, where he played while studying in England, but Middlesex’s attempts to recruit him were frustrated by the ECB’s rules which prevent Associate cricketers being signed as overseas players in English domestic cricket. Rath’s decision comes as a blow to Hong Kong’s hopes in both the T20WC Qualifier next month, as well as their campaign to reclaim ODI status by winning through the CWC Challenge League Group B, the first round of which is to be played in Hong Kong in November.

Aizaz Khan has been appointed captain for the coming Qualifier in his absence, with Kinchit Shah as vice-captain.