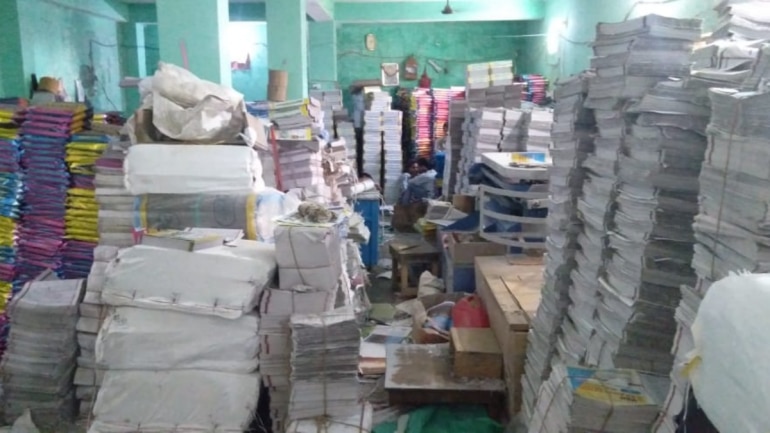 Patna police on Friday busted a racket supplying fake books across Bihar and seized as many as 50 lakh books. (Photo credit: India Today)

Patna police on Friday busted a racket supplying fake books across Bihar. As many as 50 lakh books were seized from a binding warehouse by police from Ramakrishnanagar area of Jakariyapur, Patna.

These included books of several publications such as Bharti Bhavan Publication, a book store in Patna.

The incident came to light after Suresh Kumar Bharti, Sales Officer of Bharti Bhavan Publications, informed police about the sale of fake books in the market under the banner of Bharat Book Depot.

The fake books were prepared on scrap paper, added the official.

On the basis of received information, the local police raided the post office street of Jakariyapur and about 50 lakh fake books were recovered from the spot.

While the director of the warehouse, identified as Rajesh Kumar, has been absconding since the raids. The director hails from Nalanda district of Bihar.