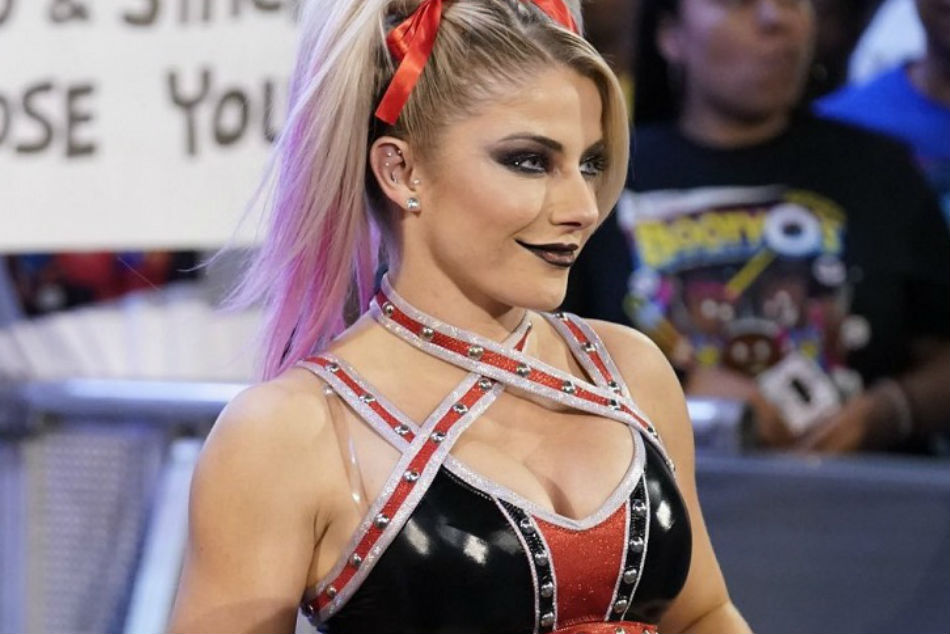 Bengaluru, November 11: Negative updates regarding the multi-time WWE Women’s Champion and one of the cornerstones of the female roster, Alexa Bliss’ career won’t be coming to an end, anytime soon. She has not been seen in competition for almost two months now which already started speculations whether her career-threatening concussion is back. But the real situation might be worse than initially thought.

After another injury scare broke out around The Goddess, WWE addressed the matter with an official statement. They admitted that she is dealing with a minor injury and will return, shortly.

“Alexa Bliss recently sustained an undisclosed injury, as first reported on WWE Backstage on Tuesday. However, the ailment is minor and she is expected to return to action soon.”

However, the real scenario seems quite different from what has been reported by WWE. It seems that the company is desperate to hide what’s going on with Alexa Bliss and her career.

Even she doesn’t want the fans to talk about it, as per the officials’ instructions, perhaps. This is why Bliss has wiped out injury reports, last month but then again accepted it in a recent tweet saying she is having trouble with her ‘pinky toe’.

Additional reports from Brad Shepard confirmed that WWE officials are pretty worried about Little Miss Bliss’ status. The insider belief is that the veteran superstar of the female division may not resume her in-ring career for a long time due to a number of injuries affecting her body on consecutive occasions,

“According to a source in #WWE, Alexa Bliss is medically cleared for in-ring action (and scheduled to return in mid-November after the Euro tour as I reported), however, I’m told the internal belief is she won’t last in the ring beyond another few years, due to her injury history.”

As noted above, Alexa Bliss has been medically cleared to come back to action in due course. With Survivor Series approaching, we do expect her to compete on the PPV show on November 24th. But it’s highly doubtful how long the severely injured body of her’s can go through the rigorous schedule of the WWE.

There is the latest example in Paige who was forced to stop competing owing to a similar concussion that could lead to paralysis. We just hope and pray that a young career of the five-time Women’s Champion does not suffer the same consequence.