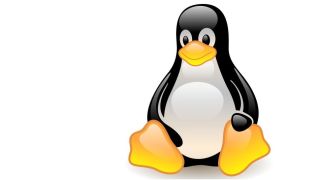 Linux is becoming an increasingly important operating system to be familiar with in business, not least because the majority of web servers run on various Linux platforms. Whether it’s RedHat, FreeBSD, Ubuntu, Debian or CentOS, it can help to be familiar with at least some of the basic operations, whether for accessing them directly, for understanding IT reports, or even to better understand security concerns.

While Linux has a reputation for being more difficult for users than Windows or iOS, this is simply because those operating systems run all operations in a graphical format (or, Graphical User Interface, aka GUI). With Linux platforms, some operations require a typed in command, though most Linux systems have since moved to more user-friendly GUI’s in order to help make the more accessible and easier to use.

Even where text commands are required, these usually follow a pattern and syntax which isn’t too difficult to learn for most users. The real learning curve comes from understanding what these patterns and syntax area mean, firstly in terms of general Linux operations, and secondly in terms of specific requirements for any Linux computers or servers your business is running.

Of course, you don’t even have to be a business user to want to learn Linux. After all, while Linux operating systems require regular security updates, they are rarely targeted by computer viruses simply because Linux computers are such a small market share. This may change, since vendors such as Dell began to offer some of the PC and laptop lines with Ubuntu pre-installed instead of Windows.

And while you can opt to buy a PC or laptop running Linux, it’s also often possible to run many distros of Linux on an old and unused machine. Even better perhaps would be to use virtualization on your own machine, using something like the free Workstation Player from VMware, which can then be used to set up and install any and as many different flavors of Linux as you like.

If you’re keen to get started but never dared take the plunge, here we’ll feature the best in beginner courses on training to use Linux.